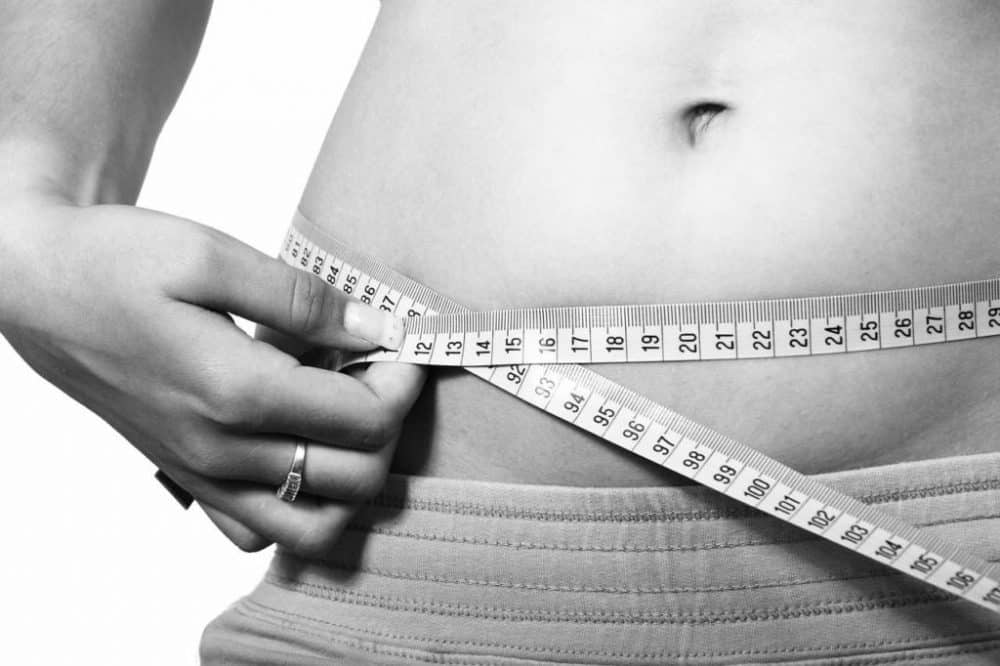 After a hard day’s work, I came home and gave her a big kiss. She wrapped her hands around my waist, looked in my eyes and said:

Would you please stop losing weight? You’re freaking me out!

The funny part is that I wasn’t even trying to lose weight. During the last 2 months, I had experimented with the 10 commandments of fat loss. It was just another thing I was trying out. I wanted to see if it was working before recommending it to you. It definitely was.

In case you didn’t read my about page, I’m telling you right now: I’m a lazy person. I want to get results fast, using simple methods. And I have strong food cravings.

As a result, although I was experimenting with this new way of eating, I still couldn’t refrain from eating too much. Or eating in the evening. Or eating sweets. Or anything else for that matter.

Just so you get an idea, here are a few things that have been on my plate during the past weeks:

I broke just about every diet rule known to mankind and relied solely on the 10 commandments I was experimenting with. The result? I lost 2.5 kg (5.5 lbs) during ~5 weeks* without even trying. And, more importantly, I didn’t make any major changes in my diet.

Here’s the problem with most weight loss regimes out there: they ask you to make huge changes in your eating habits. And, truth be told, they do work for some people, for some time. Until you stop following them and return to eating like a normal human being.

So how do you avoid this? Easy – you never go on a diet. In the realm of physical exercise, there is a simple principle: the most effective workout routine is the one you stick to.

I took this principle and applied it to nutrition. The best diet is the one that’s not a diet, it’s just a set of small tweaks you implement in your normal eating habits. Small enough to stick to them and big enough to make a difference. That’s how the 10 commandments of fat loss came to be.

If you missed the first five, make sure to read those first. In this post, I will tell you the second half of your recipe for easy and permanent fat loss.

Don’t worry, you don’t have to read Shakespeare to them. Your intestines are the home of two rival families of bacteria: Bacteroidetes and Firmicutes. The latter correlates with diabetes, obesity, and malnutrition, while the former dominates in societies that have never heard of weight problems. To feed and grow the right bacteria you have to eat more fermented foods like yogurt, camembert or sauerkraut. Fermented fish (like Surströmming or Hákarl) is also an option if you can stand the smell. Feed your dirty little helpers regularly and they will become powerful allies in your fight against fat.

Everyone knows fruits are healthy. That’s why our moms were nagging us to eat them, right? Yes and no. While fruits do contain useful nutrients, most of them also pack a high amount of fructose (which is basically sugar). Avoid watermelon, grapes, raisins and bananas. If you want fruits, pick lemon/lime, grapefruit or strawberries.

Although it has a low caloric index, whole milk will trigger a big release of insulin. This is a growth hormone that helps you lower blood sugar and grow fat pads. So the next time you go shopping reach for the low-fat milk. It has basically the same nutrients but doesn’t trigger an insulin spike.

9. Citrus fruits and cinnamon are your friends.

They inhibit insulin spikes and fight obesity by preventing the formation of fat deposits. They will also stop your blood sugar from dropping rapidly and having you crave snacks a few hours after your meal. Just drink some lemonade before and/or during your meal. And add cinnamon to your sweets and coffee – they will taste better and help you lose fat.

This is the one you were waiting for all along. The idea behind it is very simple: all bets are off on cheat day! You can eat what you want, when you want. But you only get one cheat day/week and it has to be the same day every week. I chose Saturday because it’s when we usually meet with friends and end up eating and drinking a lot.

It’s important to have a cheat day, both mentally and physically. Knowing you will be allowed to eat that box of doughnuts or empty that Nutella jar will give you strength to stick to the plan throughout the week. I recommend making a bucket list of junk food you crave during the week and hitting those items during cheat day. This caloric mayhem will prevent your body from adapting to low caloric intake, which is a big cause of plateaus during fat loss. It will also prevent you from going crazy each time you pass a bakery shop.

There you have it! These are the 10 Commandments of fat loss.

If you missed the first five commandments make sure to check them out first. This won’t work if you only use half of them.

*Had I known the results would appear so fast, then I would have tracked my weight more rigorously. Alas, these snapshots will have to suffice as proof of principle.

Out of all the stuff I’ve read about nutrition and metabolism, the book The 4 Hour Body by Tim Ferriss deserves a special mention. It had a life changing effect on me and I heartily recommend it.

Click here to get a FREE infographic of all the 10 Commandments of fat loss.